This article sheds light on the contribution of Abdur Rahman Chughtai as a prominent painting artist from South Asia.

Who was Abdur Rahman Chughtai?

Born in 1897 in Lahore, Chughtai was a prominent painting artist and an intellectual of high caliber from Pakistan. He was officially considered the national artist of Pakistan. In addition, he was the first important Muslim artist of South Asia with. His art carried an influence of Mughal art, Art Nouveau, and Islamic traditions. In the course of time time he created his unique and distinctive styles in the art of painting.

Emerging as an artist

Chughtai reached prominence as an artist, at both national and international level, during the second decade of the 20th century. His painting appeared for the first time in one of the reputable journals, the Modern Review, in the year 1916. The painting depicted an architectural style of the Middle East called ‘the Oriental Revival’.

The following are the characteristics of Chugtai’s work as a prominent painting artists:

Chugtai initially produced a large number of paintings that included thousands of water color paintings and pencil sketches. These artifacts carried an influence of Bengal-school, style of painting orginated in Calcutta and spread throughout India in the early years of 20th century.

Chugtai also produced paintings, designs, etc. by making use of etching process. An etched metal plate made by use acid is used to make the print. Chugtai is said to have produced an estimated 300 paintings using etching method.

Chugtai illustrated and compiled the poetry of prominent Urdu poets in four important books i.e. the Muraqqai-i-Chughtai, Naqsh-i-Chughtai and Chughtai’s Paintings in 1928, 1935 and 1940 respectively.  The following is an elaboration of these important works

This illustration work is the most significant work and the finest achievement in book production throughout his career spanning over 60 years.

Like Murraqa-i-Chugtai and Dewan-e-Ghalib, the Amal-e-Chughtai is an Illustrative compilation of Allama Iqbal’s poetry.  Chugtai published it in 1968 in Pakistan.

Chughtai’s paintings was an illustrative compilation of a huge number of other paintings. He compiled these paintings into a book in 1940

Abdur Rahman Chugtai was also a designer of high caliber.  He also contributed in designing stamps, coins, insignia and book covers, monograms and logos. For instance, it was Abdur Rahman who designed the current logo of Pakistan Television.

Initially, Chugtai’s paintings were water color paintings. They carried an influence of the Begal school. For instance, his painting ‘Jahanara and the Taj’ illustrate the influence of Abanindranath Tagore’s painting titled ‘The Last Moments of Shah Jahan’.

Chugtai introduced as own style in ainting art by 1940. What influenced this new style was Islamic art traditions. However, the paintings retained the feel of Art Nouveau. The themes of paintings were inspired from folktales, the legends, and history of Punjab, Persia, Mughals, etc.

The British government confered the title of Khan Bahadur upon Abdur Rahman Chugtai in 1934. Similarly, his contribution in art were acknowledged at the state level. The government gifted artifacts produced by Chugtai to vising foreign dignitaries

In addition, the government honered him with Pakistan’s Hilal-i-Imtiaz in 1960, and the Presidential medal for Pride of Performance in 1968. 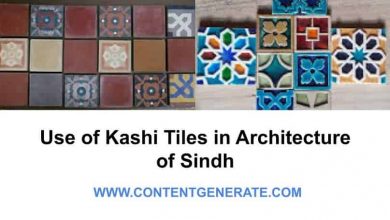