This article discusses Ayub Khan’s reforms that he introduced during his 10 years long rule in Pakistan.

Ayub Khan came to power as a result of the abrogation of the 1956 constitution on 7th October 1958. President Iskandar had invited General Ayub Khan, the army chief,  to take charge after he abrogated 1956 constitution. After taking over as First Martial Law administrator, General Ayub Khan forced Iskandar Mirza to resign as president on 27th October 1958.

After taking the resignation he exiled Iskander Mirza to London where he spent the rest of his life. Ayub Khan announced to undertake economic development and initiate accountability of bureaucracy and politicians.

It was for the first time since the establishment of Pakistan that a government attempted to introduce land reforms. the reforms set a limit for landholding in the country. An individual could own a maximum of 500 acres of irrigated land and 1000 acres of un-irrigated land. The government took the surplus land by paying compensation for redistribution among landless farmers and peasants. The government entitled the tenants who were who actually farmed the land to buy. The auction would be conducted in case the peasants were not able to buy the land.

Land reforms had both positive and negative impacts on the overall economy of Pakistan.

Agricultural production increased as a result of the mechanization of agriculture, the introduction of High yielding the Variety of Seeds, fertilizers, etc. The construction of new dams, barrages, and canals brought huge tracks of barren land under irrigation. Consequently, there was an unprecedented increase in crop production. The sharp increase in crop production helped meet the food needs of the country on one hand and on the other hand, there was an increase in the export of crops like rice and cotton.

Few people benefited from land reforms who included bureaucrats, army officers, and businessmen. Consequently, a new class arose who on one hand had a considerable size of land.  On the other hand, they owned huge industries and lucrative positions in government, the army, etc.

Secondly, most of the powerful landlords managed to escape land reforms and kept their hold on their huge land holdings through cunning ways. A small part of the land they handed over to the government was in reality unproductive for agricultural purposes. Losing this small bit of the land did not make any difference for them. The poor lot or the tenants could not benefit from land reforms.

Industrial reforms were an important part of Ayub Khan’s Economic Policy. Ayub Khan established the country’s first oil refinery In 1962 in Karachi. As part of his efforts to promote industrialization Ayub Khan also set up a mineral Development Corporation for the exploration of mineral reserves.

Ayub’s government helped form an economic Union with  Iran and Turkey known as the Regional Cooperation for Development (RCD). The organization aimed at developing and promoting trade, commerce, and industry among its members.

One of the important industrial reforms which helped promote industrialization and increase exports during the Ayub era was the introduction of the Export Bonus Scheme. Under this scheme, the government offered incentives to industrialists who increased exports.

As a result of industrial reforms, the economic growth of the country rose sharply. With more than a 7% annual growth rate throughout the 1960s, Pakistan was the fastest growing economy in South Asia. Consequently.  there was a rapid increase in production and significant improvement in the economy.

Ayub Khan also brought about reforms in the education sector. He set up Secondary and Higher Secondary Education Boards to regulate schooling from class 6 through class 12.  Moreover, University degree courses were extended from two to three years.

The results of the educational reforms were mixed. The military government smoothly implemented the setup of secondary boards but, there was a bitter reaction from university students with regard to extending degree courses from 2 to three years. The resistance showed by students led to the cancellation of this extension of the degree program and the revival of the previous program. Ayub Khan made efforts to improve science education and research which was quite successful.

The newly introduced laws and policies discouraged divorce based on a simple act of repudiation on behalf of the husband. Now registration of both marriages and divorces needed to be made and their approval secured from a court of law. If a person wanted to do second marriage, he/she needed to secure permission from the court. The minimum age of women and men for marriage was to be 16 and 18 respectively.

Family laws were difficult to enforce as they faced stiff resistance from religious groups. Although the government could not implement these reforms to the desired degree, they acted a step forward towards improving the rights of women. 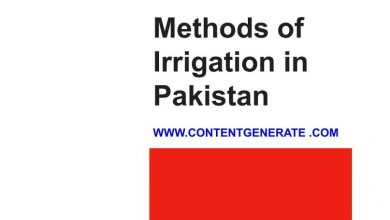