This article discusses the components of the Pakistan ideology in light of Quranic verses and other Islamic literature.

The sovereignty of Allah Almighty

The Islamic concept of Sovereignty of Allah is one first and the foremost component of Pakistan’s Ideology. According to this concept, Allah is all-powerful and all powers rest with Almighty Allah alone. Only He is the sustainer of the whole universe and life in it. Powers with men are a sacred trust which has been delegated from Allah almighty to be exercised according to the principles set out in the teachings of Islam.

Brotherhood is another important feature of an Islamic society thus an important component of Pakistan’s Ideology. According to this concept, ‘a Muslim is brother to another Muslim and they should come to help each other in the hour of need and difficulty. Insisting on brotherhood, Allah says in the Quran, “the believers are but brothers, so make settlement between your brothers. And fear Allah that you may receive mercy (49:10).

Social justice, in general, refers to the provision of basic human, economic, and political rights and facilities required for personal and collective development without any discrimination.

Similarly, Islam urges upon implementation of merit in all aspects of life. It guides to treat people in a country as same and equal citizens of the state. Moreover,  it discourages any discrimination in the name of the color, area. caste and language. In the Quran, Allah urges Muslims to be a witness for Allah in equity and do not deal unjustly even if they are hated by people.

The provision of minority rights in a state as enunciated in the Holy Quran is of the components of the ideology of Pakistan. According to this concept, Non-Muslims have the right to profess their religion and promote their culture. They have the same rights as equals and the same citizens of the state. The state will protect their lives, properties, and places of worship like that of Muslims living in an Islamic state. They will be protected from any sort of persecution, violence, and acts of aggression in the name of religion and faith.

Islamic democracy is also one of the components of the ideology of Pakistan. According to this concept, people will elect their representatives, but they will exercise their power to rule in light of Islamic Teachings. The rulers cannot take arbitrary decisions. They will act in light of guiding principles of the Islamic way of life.

Islamic democracy is different from the western concept of democracy. According to western concepts, the majority of people will elect the rulers will who exercise their powers as per the collective will of the people. This collective will manifest in the constitution. Unlike western democracy, rulers will rule the people according to law or constitution framed and enacted as per Islamic injunctions.

The teaching of Equality as taught by Islam is an important component of Pakistan’s Ideology. In Islam, everyone is equal before Allah except those who are pious and doing good deeds. According to this concept, the law should be equally applied and implemented on rich and poor, weak, and influential.

The term Equity means to cater to the needs of people as per their needs. Islam emphasizes upon implementation of this guiding principle. According to this concept, an Islamic society should be a welfare society that undertakes measures for the uplift of poor, destitute, and needy people. Welfare programs should be initiated to end poverty and reach common people’s necessities of life. Thus equity is at the core of the Islamic concept of a welfare state. 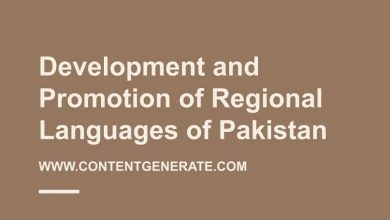 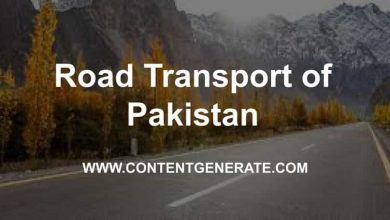