This post describes salient features of Indus Valley Civilization in an elaborate manner.

What was Indus Valley Civilization?

Indus Valley Civilization was a bronze-aged civilization that emerged in 3300 BCE in the lower Indus plain at Mohenjo Daro in today’s Pakistan. The civilization after reaching its climax from 2600 BCE to 1900 BCE started to decline and disappeared in 1300 BCE.

This is one of the ancient civilizations of Pakistan, named after the River Indus which irrigated the plains where archaeologists carried on excavations and identified the early sites.

What are the salient features of Indus Valley Civilization?

Salient Features of Indus Valley Civilization are as follows:

Town planning is a remarkable feature of the Indus Valley Civilization.  The town had two parts (a) citadel (b) Lower Town.

The citadel was an elevated part of the city surrounded by a brick wall. This upper part of the town contained high official, civil, and religious offices and buildings. It also contained a great bath and a large granary, an assembly hall, and a high official office.

The Great Bath at Mohenjo-Daro is the most striking structure. Archaeologists assume that some ritual of vital importance took place at the Great bath.

In Mohejodaro, to the west of the Great Bath, there are the remains of a single large granary. On the contrary, there were a remarkable number of granaries at Harappa ranged in two rows of six, with a central passage.

To another side of the Great bath, there are remains of a residence of an important official.

There are also remains of another important building that archaeologists believed to be that of an assembly hall.

i. Lay-out of the Lower Town (Roads and lanes)

The layout of the lower town depicted a grid system divided by roads into ward-like portions. The roads and lanes running from east to west and north to south cut each other at 90°. According to archaeologists, town planning was a strikingly unique feature of Indus valley civilization.

ii. Use of mud bricks

The roads, canals, and buildings of the lower town featured large-scale use of standard-size bricks – both baked and unbaked. The use of bricks as the chief building block indicates the brick making was a large-scale industry of the people of Indus valley civilization.

Another feature was an advanced system of drainage that the Indus people had developed thousands of years before. They had developed waterproof drains to direct the wastewater and sewage from houses to outside the town. In order to prevent leakage of the water, they used gypsum with the burned bricks.

Moreover, the houses had a connection with the covered drains in the streets that drained the wastewater and sewage out of the city. The excavations have also revealed that soak pits made of pots were installed at places at standard gaps.

This wonderful sanitation system helps us to suppose that the Indus people were the earliest people to have developed a sort of municipal organization.

The Indus people lived in parallel rows of double-room houses. Excavations at the sites also have revealed houses with more than two rooms and bigger in size at Mohenjodaro and Harrapa. Each house contained private wells, toilets, and washrooms connected with gutters under the roads by finely made drains thus making it as advanced as that of any developed city of the modern age.

The sizes of the houses point towards the classification of people on basis of the economic status. Archaeologists believe poor people used double-room houses whereas the rich inhabited the houses bigger in size with more than two rooms.

Archaeologists further believe that the Indus people did not know canal irrigation. They rather used the flood water of the River Indus to cultivate crops.

The Indus people also practiced stock breeding along with crop farming. They reared sheep, goats, elephants, buffalos, and humped cattle. However, camel rearing was rare, and the horses unknown to them.

The archaeological excavations and discoveries suggest that the Indus people practiced extensive inland and foreign trade both by sea and land.  For instance, archeologists have found a vast dock made of bricks and little boats made of terracotta in one of the civilizational sites, Lothal, in India points towards trade practice by sea.

Moreover, the ancient literature of Mesopotamia mentions a group of foreign merchants whom they called Ur. Among these, the literature has most frequently mentioned  Tilmun, Magan, and Meluhha. According to the archeologists, the last name ‘Meluhha’ referred to the Indus region.

The Harrapans did not have any concept of currency as excavations do not reveal any such artifact. They most probably used the barter system for the exchange of different goods and commodities.

The excavations reveal that the people of the Indus valley civilization had developed a wonderful system of weights and measures. For instance, they used hand-made balance for measurement. With reference to the weights, they used equal-sized and weighed stones.

People of the Indus Valley Civilization engaged themselves in both exports and imports. They imported copper, gold, silver, lapsi lazuli, Jade from Arabia, Afghanistan, Iran, Badak-shan, and Central Asia respectively. Similarly, they exported lead, copper, etc. from India to other regions of the world.

iv. Use of Seals

Excavations reveal that the traders of the Indus Valley Civilization used a standard size of 2 X 2 Sq. inch Unicorn seals for stamping their goods. Archaeologists have also found these seals in Mesopotamia which point towards the trade practice between the two contemporary civilizations.

The Indus people made these seals using steatite, terracotta, gold, and ivory with animal figures. According to the archaeologists, the Indus traders also used these seals as amulets along with commercial purposes. The seals contained engraved pictographic scripts which still await interpretation and decipherment.

The unicorn was a legendary creature for the people of Indus Valley Civilization. From ancient times the the people described it as a beast having a  big pointed, spiraling horn stemming from its forehead.

The people of the Indus Valley Civilization were also skilled craftsmen. They showed excellent skills in spinning and weaving wool and cotton. Likewise, they demonstrated masterly skills in making pottery, seals, and beads; metalworking and jewelry making in gold. They also mastered the making of bronze implements, copper beakers, saws, chisels, and knives of different metals.

Following is a description of the crafts as one of the salient features of Indus Valley civilization.

Artifacts related to ceramics and pottery include articles made by fine pottery wheels. The earthenware made of hand found at different sites are very few. They also used plain pottery made of red clay. Though painted ware was also in use their production was at a very limited scale.

Another type of ceramics in use was straight and angular-shaped knobbed ware with geometric and animal designs.

Among these, all the most commonly used jewelry were beads worn both by women and men. According to archeologists, the Harrapans were the first people to practice introduce jewelry making. Their workmanship in the craft of jewelry making has made them a subject of study and curiosity throughout the world.

Sculpture making as part of art is one of the salient features of the Indus Valley Civilization. As an art, it includes terracotta figurines and bronze statues of both men and animals. Some of the art forms of Indus people are as follows:

A. Sculptures made of Terracota

Terracotta is a clay-based ceramic used to make sculptures, earthenware, toys, etc. at the time of the Indus Valley Civilization.

Excavation at Mohejodaro has helped discover a mother goddess adorned with necklaces and wearing a loincloth. There is a fan-shaped headdress with a cup-like projection on each side Moreover, pellet eys and beaked nose also feature this terracotta figurine of the mother goddess.

The Bearded Priest Man covered in a shawl with a trefoil pattern is an excellent piece of art. It has half-closed elongated eyes as if he is in a meditative concentration. A medium-sized nose and short mustache, beard, and whiskers also feature the statue. His hair is parted in the middle of the head and a plain-woven fillet passing around the head.  There is also an armlet on the right hand and a necklace around the neck.

Other artifacts made of terracotta that excavations have revealed at Mohenjodaro include toy carts with wheels, whistles, rattles, birds and animals, gamesmen, and discs.

B. Sculptures made by Bronze casting

Bronze Casting is the process in which people pour molten bronze into a frame of a model sculpture.  When the bronze cools down and becomes hard after a couple of days, it is removed from the mold of the model sculpture.

Excavations reveal that the people of the Indus Valley Civilization practiced Bronze casting. They made human and animal figures(buffalo and goat) by using the technique of bronze casting.

One of the best-known artifacts, made of bronze, of the Indus Valley Civilization,  is a figurine of a dancing girl found at Mohenjodaro. The girl wears a cowry necklace and has long hair wrapped up in a bun. She also wears bangles that completely cover her left arm.

Another important bronze figure is of a bull found in Mohenjo-Daro. With a cord around the neck, the bull stands with its head turned to the right.  Moreover, looking at the figure, one can see an eloquent expression of an enraged bull on a full charge.

Ancient remains also point towards the Indus people as very fashion conscious. They used beads, neckless and cosmetics. Ornaments made of precious gemstones and metals were in vogue among females. Similarly, the use of fillets (hand bands), armlets, necklaces, and finger rings were common to both men and women.

The people of the Indus Valley Civilization were good at mining and metalworking. They developed towns with proper planning which catered to almost all needs of a town duelers right from sanitation to transport needs. In addition, they mastered the art of constructing planned houses. They used gypsum as cement in the construction of buildings and the manufacture of goods by joining metals.

They mastered the art of making durable and long-lasting paints and dyes. More they used a red-brick form of mercury called Cinnabar which women used as a cosmetic for facial make-up. That is they used it as a face-paint and eyeliner.

the dress code of the people of the Indus Valley Civilization consisted of separate pieces of attire. The dress code seemed more or less similar to dhoti and shawl. The statues and artifacts revealed by the excavations portray the shawl covered the left shoulder passing below the right arm.

Another important feature of the Indus Valley Civilization was literacy. They knew writing and reading as the excavations have revealed a script with links to the Dravidian language family. The script still awaits its interpretation as scholars have not been able to decipher it . By examining the artifacts related to the script, the archeologists suggest that the writing was from right to the left and from left to right in alternate lines.

As far as the religious beliefs of the Indus people are concerned, they were not very religious people. To put it in other words, religion was not a dominant social institution of the Indus Valley Civilization. However, some artifacts such as clay figure a female suggest that the Indus people worshipped a Mother Goddess as the symbol of fertility, have been found.

Another related finding is a small stone steal with a carved seated figure of a male god. The findings also suggest that they also treated certain trees i.e. pipal and animals i.e. bull, as sacred.

Excavations have discovered stone dices of 2000 BCE, which they used to play games like today’s dice game. The Indus people created the dice we use today as a game. They also enjoyed a game similar to the present-day game of chess. 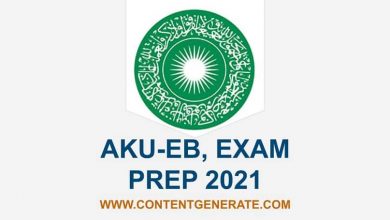