The featured image in this entry shows Japukay valley of Punial, Ghizer, Gilgit-Baltistan from the 1960s.  An unknown foreigner took this photo during the 1960s while visiting the area.

With lush green farmlands, the photo suggests Japukay valley of Punial was inhabited by a tiny population with a few households.

In contrast to the 1960s, linked roads along with several private and public sector institutions characterize the village currently. The population of the village also has increased from a few hundred to thousands of residents with almost 400 households.

The name Japukey is derived from two Shina words Xaro kui (the place/land of brothers), says Sarfaraz Khan, a notable and veteran teacher from the Japukay.

According to the legend, two brothers constructed a water channel from the flowing stream to the east and brought the barren land located to the west underwater. The name Xaro Kui evolved into what it is today known as Japukay or Xapukay over time.

The ancient residents of Japukay valley also used to call their village ‘Suman Japukey’ as a mark of pride. According to Lais Kuli, a granddaughter of Murad Khan, the last Nambardar of Japukey of rajwaad time there is a mythical legend behind this name.

According to the legend ”in ancient times, a bird traveled across Punial with its nestlings in search of nutrition. The bird did not find any other place worth living due to a lack of food.  It found Japukey rich in fruits and crops and made it its permanent abode.

In appreciation of the village’s richness, the bird started to sing by calling it  ‘Suman Japukey’ which means Japukey, the place blessed with everything. In other words a place self-sufficient in food.

Do you want to contribute to enriching the content related to Suman Japukay? You can share important information about Japukay by writing in the comment section. We will incorporate it after verification from reliable sources. 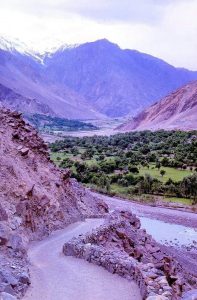 Japukay Valley from the 1960s 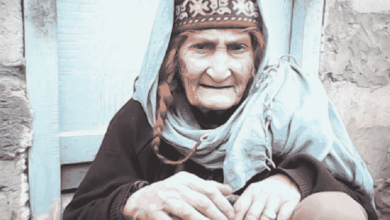 Village in Pakistan mourns death of its first child