This article traces the origin and evolution of the Two-Nation Theory.  For this purpose, the article provides a chronological account of the Socioeconomic and political conditions that Indian Muslims had to face in the aftermath Indian Revolt 1857.

The origin of the Two-Nation Theory is traced to the post-1857 Indian Revolt times.  It were both the Hindus and Muslims who rebelled together against the British with an aim to drive them out of India. But in the aftermath of the revolt, Muslims gradually felt that the British specifically pointed them out for the war as part of their revenge policy. They were subjected to cruelty in all possible ways. They left no stone unturned to crush Muslims socially, economically, and politically.

The Muslims also felt that the dominant community in the Indian subcontinent also supported the British in their attempt to subjugate Muslims completely.

Given below is a brief picture of the socioeconomic and political conditions of Muslims that Muslims faced after 1857.

British replaced Urdu as court language as a result of the 1867 Hindi-Urdu Controversy. For some Hindus, Urdu was the language of Muslims and did not represent Hindus. Hence, they pressed for the replacement of Urdu with Hindi. Muslim leaders, like Sir Syed Ahmad, were annoyed by this attitude of the Hindus.

Similarly, the British stopped grants to Muslim schools that where Urdu was the medium of instruction. These schools provided Islamic education along with secular education. Moreover, Muslims did not send their children to English schools as they thought English education was against Islam. Consequently, a generation of Muslims could not get modern education. Unlike Muslims, the Hindus sent their children to English schools that dominated almost all fields of life in later years.

After 1857, the British left no stone unturned to subject Muslims to economically miserable life. They confiscated the lands of Muslims and handed them over to people of other communities.  Unlike Muslims, Hindus dominated business and commerce activities only because of their pro-British and anti-Muslim approach. As a result, Muslim economic conditions deteriorated. This had a correspondingly negative impact on the social stature of Muslims.

Muslims increasingly felt that Hindus supported the British in the implementation of anti-Muslim British policies. Hindus enjoyed more political powers as compared to Muslims.  The denial of Muslim representation in the viceroy’s executive and imperial council further reinforced their belief in the anti-Muslim Hindu-British nexus.

Muslims’ belief in Hindus’ deliberate support to British in their its anti-Muslim policy led to the theory that co-existence between the two major communities would be impossible in long run.

As discussed above, in 1867 a group of Hindus demanded to replace Urdu as the court language with Hindi. On this Sir Syed Ahmad Khan expressed his dislike and termed the demand a threat to Hindu-Muslim co-existence in the long run. The language controversy moved Sir Syed to even state that if the anti-Muslim attitude of Hindus continued, it would be difficult for people of both communities to live together.

Sir Syed was the first person to use the word nation for Muslims. He was conscious of the fact that due to anti-English and British feelings Muslims lacked behind in education and economic life. He worried about the future of Muslims amidst the educated majority Hindu population. Therefore, he urged Muslims to get modern education and come at par with Hindus to live a dignified life. The pro-Hindu approach of the congress reinforced the very thinking of Muslims that the congress championed the independence of India with the only purpose of imposing Hindu Raj in India.

Sir Syed Ahmad Khan urged Muslims to keep aloof from Congress and focus on developing better relations. Sir Syed opposed the introduction of the western democratic system in India. In the joint electorate, Muslims would always be underrepresented.

Establishment of All India Muslim League in 1906

The All India Muslim League was established in 1906. The league as per its stated aims struggled for the constitutional safeguard of Muslim rights and interests. One of the achievements of the league was the provision of separate electorates for Muslims in Minto-Morley Reforms 1909. Other immediate achievements included one-third representation at the center, quota in civil service and government jobs, etc. in a united India.

Indian National Congress opposed the establishment of the league as a British tactic of its divide and rule policy. It opposed the efforts and achievements of the league without any second thought. For example, it opposed separate electorates provided in the Indian Councils Act 1909 for Muslims

Later on, when Congress made its government in provinces, it left no stone unturned to torture Muslims socially, religiously, economically, and politically. Muslim homes and properties were set on fire, noisy processions were held outside mosques during prayer times including throwing pigs into mosques. Any complaint made to authorities fell on deaf ears.

These atrocities of Hindus and the Congress convinced Muslims that any formula of United India would not suit Muslim interests.  Now they wanted a separate homeland where they could live their lives as per their own will and religious teachings. This was the background of the league’s demand for a separate state for Muslims of the Indian subcontinent on 23rd March 1940. 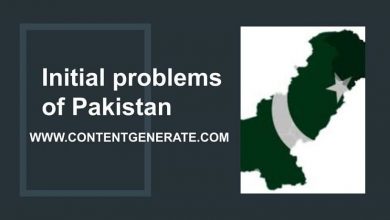 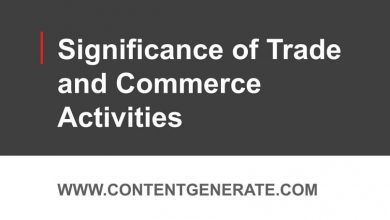 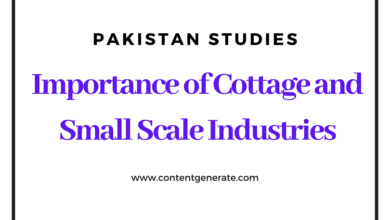