This post discusses the role of the Aligarh Movement in the social and political development of Muslims of the Indian subcontinent.

What was the Aligarh Movement?

The term ‘Aligarh Movement’ refers to the educational efforts of Sir Syed Ahmad Khan that he made in Aligarh Town in Uttar Pradesh in India in the latter half of the 20th century. The core aim of the Aligarh Movement was to transform the lives of Indian Muslims through modern education.

What were the socio-economic and Political Conditions of Muslims before the Aligarh Movement?

After the 1857 Revolt, the socio-economic and political conditions of Indian Muslims started to deteriorate. They lagged behind other communities in all aspects and departments of life as the British targeted them for starting the revolt.

The British confiscated their lands and handed them over to people other than Muslims. The government denied jobs for Muslims in the government and civil service. The type of jobs that Muslims did included ink filling, carrying water to the latrine, dusting, and sweeping purposes.

In politics, Muslims faced denial in their participation in the councils. They found their wishes and reservations unheard in matters concerning the Muslim community.  Consequently, they started to hate the British for their anti-Muslim policies wore a posture of resentment. Thus, the government neglected the Muslim community in the development projects and work it initiated.

Muslims suffered most in education. They considered English education fundamentally against Islam and did not send their children to schools. They believed the British wanted to divert the attention of Muslim children away from Islam through English Education.

The result of the boycott of schools was that after a couple of decades, a whole generation was illiterate.  In contradiction, children of other communities received education and occupied almost all departments of national life.

What was the role of the Aligarh Movement in the social and political upliftment of Indian Muslims?

Graduates of Aligarh College developed an improved and positive image of Muslims as their role in different sectors of life e.g. government jobs, trade & commerce increased with an enhanced economic status. They built and developed a sense of self-respect, hard work and paved the way for the renaissance of Indian Muslims.

Now, the status of Muslims enhanced as a civilized and educated community. The British also started to treat Muslims with respect and in a fair manner. Previously, they were treated with disdain and disrespect as inferior beings.

Role of Aligarh Movement in the Political uplift of Muslims

1. Advice to put aside confrontational politics

Muslims thought and considered any move or step taken by the government basically an act of conspiracy against Muslims and Islam. This approach put Muslims always at loggerheads with the British. British being in power could do anything to harm Muslims. Sir Syed Ahmed was of the view that the British were to stay in India for a longer time and it would be futile to fight them from a very weak position.

Any potential uprising among Muslims would have led to reprisals more horrific than the aftereffects of the 1857 Indian Revolt. Therefore, Sir Syed advised Muslims to avoid confrontational politics and become loyal subjects. As Muslims start to cooperate with the British, they started considering Muslims less hostile and friendly. As a result, Muslims also witnessed and experienced comparatively better treatment at the hands of the British.

2. Advice to keep aloof from the congress

Sir Syed asked Muslims to keep aloof from Congress. According to him, a political party formed on basis of the Western Political system would not represent all communities of India. Moreover, the concept of a single-party system would render minority groups unrepresented. Hence, for Sir Syed, becoming part of the Congress would leave little space for Muslims to play their role.

The establishment of the league took place on 31st December 1906 in the annual session of the Muhammadan Educational Conference.  It was Sir Syed Ahmad Khan who had founded the conference as part of the Aligarh Movement. Hence, the Aligarh Movement has a direct role in the formation of the AIML.

The league made efforts to secure constitutional guarantees for the protection of the Muslim rights and Interests in a united India. For this purpose, the league attempted to make reconciliation with the congress and foster an environment of cooperation despite the belligerent attitude of the latter.

4. Role in the establishment of Pakistan

Although the League made sincere efforts for reconciliation and cooperation, the Congress did not bother to reciprocate. The congress by its anti-Muslim approach compelled the league and its leaders to realize it was impossible to co-exist in Indian after British Departure.

Similarly, the Congress tyranny on Muslims during its rule in 1937-1939 disappointed Muslims who had supported it in the elections in1937. With the failure of its efforts for reconciliation and compromise, the league was finally forced to demand a separate state for Indian Muslims in which they could live their life as per their own wishes. Demanded in 1940, Pakistan was established because of the league’s untiring efforts under the leadership of Muhammad Ai Jinnah.

All India Muslim League made Pakistan. The league itself came into being in the annual meeting of the Muhammadan Educational Conference which was an important organization of the Aligarh Movement.  Thus, Aligarh Movement was the first step towards an independent state for Muslims of the Indian subcontinent. 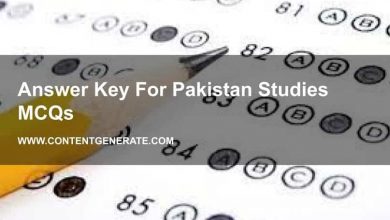 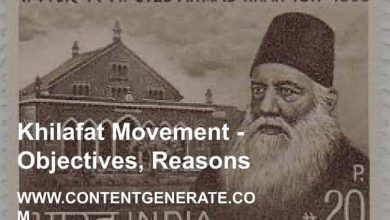