This post sheds light on the Kalhora dynasty and architecture it developed during its rule from 1701 to 1783 in the Sindh province of Pakistan.

Introduction of the Kalhora Dynasty

Founded by  Mian Yar Muhammad Kalhoro, a Mughal governor of Upper Sindh, The Kalhora dynasty ruled Sindh between 1701 and 1783. Kalhora rulers ruled Sindh from Khudaabad as their capital. However, Hyderabad was used as the capital after Kalhora ruler Mian Ghulam Shah founded the new city in 1768 in commemoration of his successful Kutch campaigns.

The Kalhora rulers started to rule independent of any Mughal suzerainty once they consolidated more power and command over major parts of Sindh.

The major challenge that Kalhora faced during their rule was the invasion of Persian commander, Nadir Shah, who inflicted a crushing defeat on the former in 1738. However, Kalhoras reorganized and regained their power once Nadir Shah returned to Afghanistan.

Kalhora rule came to end in 1783 as a result of the mutiny from its Baloch general in the leadership of Talpure thus leading to starting of a new dynastic rule in Sindh.

Chronological order of the Kalhora rulers

The type of buildings built during the Kalhora period were predominantly royal tombs and mosques. The architectural style and patterns were more or less similar to the Indo-Islamic style that had gained popularity in the rest of the Indian subcontinent. Ceramics were used as part of building blocks and decoration in the buildings.

Moreover, buildings were also decorated with glazed tiles representing geometric and floral designs. To give an example Lily Arabesque employed in Mural ceramics in Jami Mosque, Khudaabad, and other monuments. Similarly, the monuments carried wall paintings as part of the decoration.

One of the important features related to wall painting was the depiction of romantic tales from Arabic, Persian and local literature. For instance, most of the Kalhoro tombs carried the depiction of the tales of Laila-Majnnu, Suhni – Mehar, Sayf al Muluk, etc. on the walls. Likewise, the paintings also depicted the battle scenes of the Kalhora army inflicting a crushing defeat on the enemy armies. The paintings also depicted glimpses of everyday life along with vivid representations of dance and music.

The Sindh province of Pakistan harbors a large number of tombs built during the reigns of various dynasties. Among all, the Kalhoros enjoy the distinction to have erected tombs of unprecedented splendor and number in Sindh.  Many of the rulers built mausoleums for themselves while alive.

Following is a description of the tombs of Kalhora rulers:

Decorated with enameled tiles, the tomb of Mian Yar Muhammad Kalhoro is situated west of the Jami Masjid in Khudabad. It is a beautiful big square structure with similar windows to the front fitted with perforated glazed tiles.

Apart from the facade, there are rows of large arched windows on the three sides at height. These windows are fitted with screens fitted with terracotta screens of delicate geometric tracery. The great panel of colored tiles above the entrance is a remarkable piece of work.

The usual way in which these large single patterns are drawn out by the present makers is by laying the plain tiles out upon the ground, closely packed to the same size as the panel. Then drawing and painting are executed in the pattern as if the whole were one flat surface.

The large arched panels on either side of the square panel and below it are also manufactured in a very nice way. The great central panel recall, somewhat the great rose windows in Gothic work.

Mian Noor Muhammad Kalhoro succeeded Mian Yar Muhammad Kalhoro to rule over Sindh for the next 35 years from 1719 to 1754. His tomb is located at a distance less than 10 kilometers from Shahpur Jahania in Nawabshah.

There is no mausoleum of architectural exist of Muhammad Muradyab Khan who ruled over Sindh only for two years 1755 to 1757. Owing to misrule and strife between him and nobility, he could not be proved to be a successful ruler.

Mian Muhammad Murad was overthrown after a siege in 1757 of his main residence the nobles and replaced by his bother Mián Ghulám Sháh. The new ruler was successful in his attempts to please the nobility and common people who were felt oppressed and mistreated by the former ruler.

The tomb of Mian Ghulam Shah Kalhoro is situated in Hyderabad Sindh, Pakistan. Mian Ghulam was one of the important rulers of the Kahoro dynasty who ruled Sindh for 15 years from 1757 to 1772.

Ghulam Shah commissioned the construction of the great Sufi saint and poet Shah Abdul Latif Bhitai. Secondly, he built a new city in 1768 and named it Hyderabad in the name of the fourth Caliph, Hazrat Ali. The new capital was built to commemorate the great victories he achieved against the Rao of Kutch.

The tomb of Mian Sarfraz Kalhoro is located in Hyderabad. Mian Sarfraz ruled Sindh from 1772 to 1783 which was characterized by the friendly coordination with the nobility which was actually religious followers of the former ruler.

Mian Sarfraz was also known as “Khudayar” a title given by the ruler of the Timur Empire.

Built on a rectangular podium, Musjid Khuda Abad is the best architectural symbol of the Kalhora period. The mosque is famous for its ‘Kashi’ work. The monument is located near Dadu on the road towards Sehwen Sharif, Sind, Pakistan.

Thanks to the lethargic attitude of the authorities, this beautiful piece of Kalhora history and architecture is turning into debris. Most of its tile work has withered away. A major part of its beautiful roofs and dooms are fallen down. It is feared that the monument will only be found in a period of a decade.

The wife of Mina Noor Muhammad Kalhoro (1719 – 1753) was a very influential, powerful royal woman and social worker. Apart from the social works, she is also famous for building mosques of architectural significance. She commissioned a total of eight mosques commonly known as Mosques of Mai Jaman of which six survive to date.

The mosques are situated in different tehsils of the present district of Sanghar in the interior Sindh the biggest of which is located 4 kilometers south of Chuteyarun. Built on a raised platform, the mosque initially had three domes. The mosque contained a chamber hall accessed through three arched ways from the platform. Of the three initial domes, only one survives to date.

3. The Mosque of the Mianwals

Known as the luminary of Kalhora rulers, the mosque of the Mianwals was built in 1660 by Mian Nasir Muhammad in Garhi near Khairpur in the Dadu district. The mosque is known as the Jamia Mosque of Garhi.

Mian Nasir enjoyed popularity among both nobility and masses. He preached preaching at the mosque which subsequently acted as the center of the Mianwal movement in the 17th century. 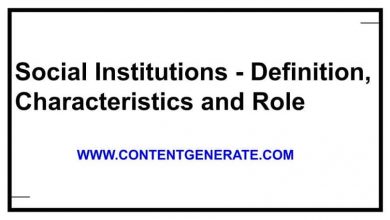 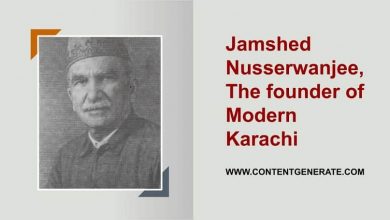 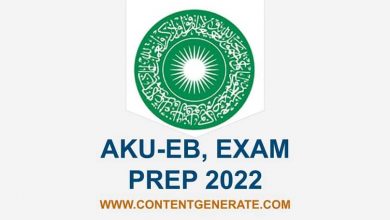