This post gives a brief but comprehensive account of the Sayyid Dynasty that ruled the Delhi Sultanate from 1414 to 1551.

A former governor of Multan under the Sultan of Delhi founded the Sayyid dynasty in 1414. Khizr Khan had supported and joined the Mongols in their attack on India. This was a change of loyalty from one king (Delhi sultan) to another (Timur). The Timur, in return, asked Khizr to continue his rule in Multan and Lahore under the Timurid empire.

In 1414, Khizr Khan invaded Delhi and killed the last Tughluq Sultan with the support of the amirs and nobles of the Sultanate.  He thence assumed power as Sultan to mark the start of the Sayyid Dynasty that ruled the sultanate for the next 27 years.

The dynasty is known as the Sayyid dynasty as the rulers claimed their lineage to the prophet Muhammad through his daughter Fatima and son-in-law Ali.

The ascension to the throne

Khizr Khan ruled from 1414 to 1421, in the name of the Timurid empire based at Herat in present-day Afghanistan. His son Mubarak Shah succeeded Khizr Khan as the next monarch after the death of the latter in 1421. Mubarak Shah ruled for more than a decade until he was murdered in 1334.

After the death of Mubarak Shah, his nephew Muhammad Shah assumed power as the next Sultan with the help of Sarwar-ul-Mulk, a noble in the court, who exerted great influence in imperial matters. Moreover, chaos, conspiracies, and rebellions featured the period of Mubarak Shah. In this situation, Muhammad Shah passed away in 1343.

Before his death, Mubarak Shah asked his son from Budaun to appoint his successor. After the assumption of power, Alam shah ruled for 6 years until he was forced to abdicate the throne in the favor of Bahlul Shah Lodi, the governor of Sirhind in Punjab under Delhi Sultanate. The assumption of power by Bahlul Lodi as Sultan marked the start of the Lodi dynasty which ruled India till 1526 until its defeat by Zaheerudin Babur, the founder of the great Mughal empire in India.

Fall of the Sayyid Empire

The Sayyid dynasty came to an end because of the weak administrative skills of the last Sayyid ruler, Sayyid Ala-ud-din Alam Shah. He faced unsuccessful attempts to take control of Delhi from the governor of Sirhind, Bahlul Shah several times.

In 1448, the last Sayyid king left for Badaun leaving the charge of the empire in the hands of one of his ministers in Delhi. The minister in turn invited Bahlul Shah Lodi to march towards Delhi to assume the power as the new Sultan. There was no resistance from the last Sayyid ruler which is considered as a voluntary abdication of the throne on April 19, 1451.

Bahlul Shah ascended the throne of the Delhi Sultanate and adopted the title of Bahlul Shah Ghazi. With the assumption of power as the new Sultan, Bahlul Shah also became the founder of the last dynasty that ruled the sultanate for 75 years until it was replaced by the Mughal empire in 1526. 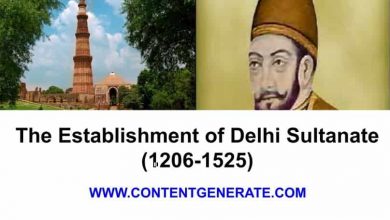 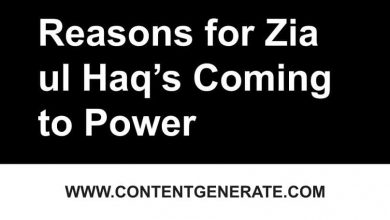