This article summarizes three speeches of Jinnah and Iqbal that they made on different occasions concerning the Two-nation Theory.  These speeches include Dr. Allama Iqbal’s 1930 Allahabad address and Mr. Jinnah’s 1946 address at Islamia College, Peshawar plus his 1940 Lahore address.

Allama Muhammad Iqbal addressed the 22nd annual session of the All India Muslim League (AIML) on December 30, 1930, at Allahabad. Iqbal’s this speech holds great significance in history as he demanded a separate state for Indian Muslims. Iqbal was the first Muslim leader to have floated the idea of a Muslim separate homeland. In his speech, Iqbal declared the co-existence of Hindus and Muslims difficult as per western democratic principles. For him, the Hindus numerically being a majority would overshadow Muslims in politics and all other fields of life. Put in other words, their rights and interests as a distinct community will always be at stake in a united India.

For Iqbal, keeping both communities under one rule by force would be tantamount to dragging India towards civil war and bloodshed. Hence, he demanded a separate state for Muslims of India in the North-Western Part of Punjab, NWFP, Sindh, and Balochistan. In Iqbal’s view, this new state of Muslims of India was the only political solution of India. Thus, Iqbal was the first Muslim leader to demand a separate homeland for Muslims of India. That’s why today Pakistani nation reveres him as the founder of the theory of the Two-Nation State.

Quaid e Azam Muhammad Ali Jinnah made his speech on 23rd March at Minto Park Lahore in 1940. In his speech, the Quaid was of the view that Hindus and Muslims are two separate nations. In other words, their civilization, religion, way of life, customs, traditions, dress, diet, heroes, ideals, and name and nomenclature differed. They possess more contradiction to divide them than similarities to unite. As a matter of fact, Muslim rights and interests could not be protected in a Hindu-dominated country. Hence, as the All India Muslim League president, Mr. Jinnah endorsed the demand of separate Muslim states consisting of Muslim majority areas in the northwest and south-eastern parts of the subcontinent.

Quaid-e-Azam Muhammad Ali Jinnah addressed students of the Islamia College Peshawar in 1946. He urged the youth to become part of the Pakistan Movement and work for the achievement of Pakistan. Jinnah considered achieving a separate homeland as the only way to salvation and real freedom of Indian Muslims. According to him, the demand for a separate state was more than achieving a piece of land. Where they could experiment and prove Islam as the real source of guidance for humanity at large. Thus, Islam would be the basis of Pakistan making  Muslims a distinct nation from Hindus. Their co-existence with contradictory religious and ideological approaches is impossible.

It is hoped the summary of three important speeches of Jinnah and Iqbal was helpful in understanding their views regarding Two-Nation Theory. 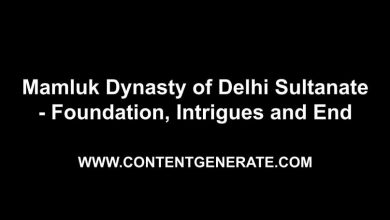